Bruce and Cathy Washburn moved from Poughkeepsie to Rhinebeck 42 years ago, and their sons attended Rhinebeck schools.  He retired from IBM after 35 years, 10+ promotions, 3 corporate assignments, and numerous awards for management excellence. Early in his career Bruce became the "go to guy" for tough engineering problems, evolved into the "fixer" for inefficient organizations, managed multi-million dollar budgets and created many high yield international programs. He has since applied his organizational turnaround skills to guide Rhinebeck through the recession and to save a failing manufacturing company.  He is now an independent consultant in the private and public sectors.

Bruce served 8 years on the Town Board, including serving as Deputy Supervisor for 6 years. He was known as the "voice of reason" on the board as he dealt with issues based on what is best for the community and for the taxpayer. In 2015, he decided to run for the Supervisor position when the current Supervisor proposed a 6.3% tax increase that was 4 times the tax cap.  Since he left the Board, taxes have continued to rise.

Bruce has been involved in the community for many years. He earned the rank of Eagle Scout and the Vigil Honor, was twice elected Lodge Chief, and served as the scoutmaster of an inner city Boy Scout troop before he and Cathy moved to Rhinebeck. Locally, served on the recreation committee, PANDA board, coached baseball, and was heavily involved in soccer for 19 years. Under his leadership, the soccer club's travel program grew tenfold and has continued to serve the community long after he moved on. He currently volunteers on various projects with the American Legion and the Lions Club.

While Bruce was on the Town Board, The Town of Rhinebeck was able to break the habit of annual tax increases largely because of his analysis and influence. For instance, the other Dutchess County towns, on average, raised core taxes 35.64% from 2008 to 2015 while Rhinebeck raised core taxes only 4.67% during that period. Yet the town's cash to expense ratio was stronger in 2014 (94%) than it was in 2008 (91%).  So, the approach worked because he identified where costs were being overestimated and revenues underestimated; where productivity was lower than comparable benchmarks; and where alternative forms of services delivery were more cost-effective.

Bruce recognizes that Rhinebeck's Town and Village governments try to operate as efficiently as they can but that the collective operations are inefficient because they are rife with redundancies. Both have supported a grant application that was initiated by Bruce to explore the consolidation of highway and maintenance functions.  Neither government is well prepared to deal with the looming costs of eroding infrastructure and unfunded capital plans. For the time being, Rhinebeck is probably better off than many other communities, but that stability is fragile. It seems that the current financial management and reporting practices tend to perpetuate inefficiencies, mask opportunities for shared services and cause tax inequity. To remedy these shortcomings, Bruce will implement timely, supplemental true cost of services accounting for the Town.

Bruce believes that true cost based reports will make it much easier for the public and officials to monitor finances and to make informed financial decisions. An example of a financial decision is how to fund long term liabilities for eroding infrastructure. True cost accounting can help to identify where monies can be freed up to fund rolling, long-term capital plans. True cost accounting will be needed when the Town and Village earnestly consider sharing services. Once true cost accounting has been implemented and compliance with regulatory requirements has been restored, the Town will be able operate with measurable accountability which, in turn, will go a long way to bolster trust and confidence in local government. And, by making it easier to understand government operations, more people may be willing to serve on boards and committees.

Bruce has helped to enable the Conservation Advisory Board and has led the growth of low cost or self-supporting recreational and cultural services along with infrastructure improvements that preserved and improved the quality of life in Rhinebeck. Bruce helped to bring in more than $1,400,000 in grants for these projects. Most of these enhancements entailed innovative partnerships with other organizations, support of the majority of the governing boards, and talents of employees or volunteers. Here are some examples:
* Created dog park in conjunction with Red Hook and electrified baseball shed at SC Park
* Developed 40'x80' pavilion (shelter in summer and ice skating in winter), trail system, community gardens and disc golf course at TM Park
* Enabled senior dances and art displays in town hall
* Piloted multi-generational concerts at town hall and TM Park
* Guided Quadricentennial celebrations and events such as Bridge Run and parade float
* Adopted adult basketball and volleyball programs when they became too expensive for the school
* Built picnic shelter, installed bike rack and ferry dock at waterfront
* Added additional week of summer camp and after camp program while enhancing safety and security of youth programs
* Rehabilitated large pool to eliminate safety hazards and extend life by 12 years
* Installed sprinkler system, rehabilitated large ship bollards and pedestrian walk bridge at waterfront to eliminate safety hazards
* Rehabilitated VCSD collection and processing systems and house roof at cemetery
* Installed piping to mitigate beaver dam flooding that could damage landfill encapsulation

While Bruce played a significant role in many accomplishments during his past service on the Town Board, he recognizes that there is still much more that can be done. He is a widely known and well respected member of the community who possesses excellent relevant credentials to be Town of Rhinebeck Supervisor.

Find out why I am running 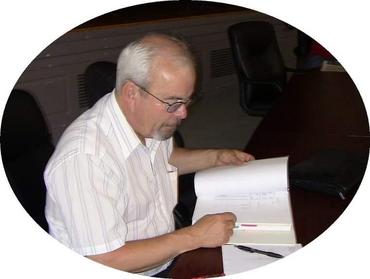